Theresienstadt and other Hidden Places

Neither a ghetto nor strictly a concentration camp, Theresienstadt served as a "settlement" and was a unique facility.  It functioned as a propaganda tool of deception..  It was described as a "spa town" where elderly German Jews could "retire" in safety.  It was in reality a collection center for deportations to ghettos and killing centers.  The fortress was surrounded by high walls, so one could could see how the "prisoners" were tortured and stoned, especially the children. 10,500 children passed through this camp, and only 242 survived.  After the Nazis would kill the "prisoners", other inmates took them to the back side of the ghettos through confined tunnels.  In 1942, the death rate was so high that the Germans built a crematorium capable of handling almost 200 bodies a day.   They were even planning to build gas chambers even though they were losing the war.  They had one goal and only one goal:  eliminate the Jews and anyone else who was "unpure."

As I said, this place was filled with deception different from the other concentration camps.  Thersiendstadt had a highly developed, cultured life.  Outstanding Jewish artists, mainly from Czech, Austria, and Germany, created drawings and paintings, some of them clandestine depictions of the ghetto's harsh reality.  Writers, professors, musicians, and actors gave lectures, concerts, and theater performances.  Although forbidden to do so, the children attended school.  They painted pictures, wrote poetry, and tried to maintain a life of normalcy.

Succumbing to pressure following the deportation of Danish Jews, the Germans permitted the International Red Cross to visit in June 1944.  It was all an elaborate hoax.  The ghetto was beautified.  Gardens were planted, houses painted, barracks renovated, and playgrounds created.  .  The Nazis staged social and cultural events for the visiting dignitaries.  They even made Kurt Gerron, a filmmaker, direct a Nazi propaganda film about the ghetto.  He later died in Auschwitz.    http://www.ushmm.org/online/film/display/detail.php?file_num=565  PLEASE COPY AND PASTE LINK TO WATCH. 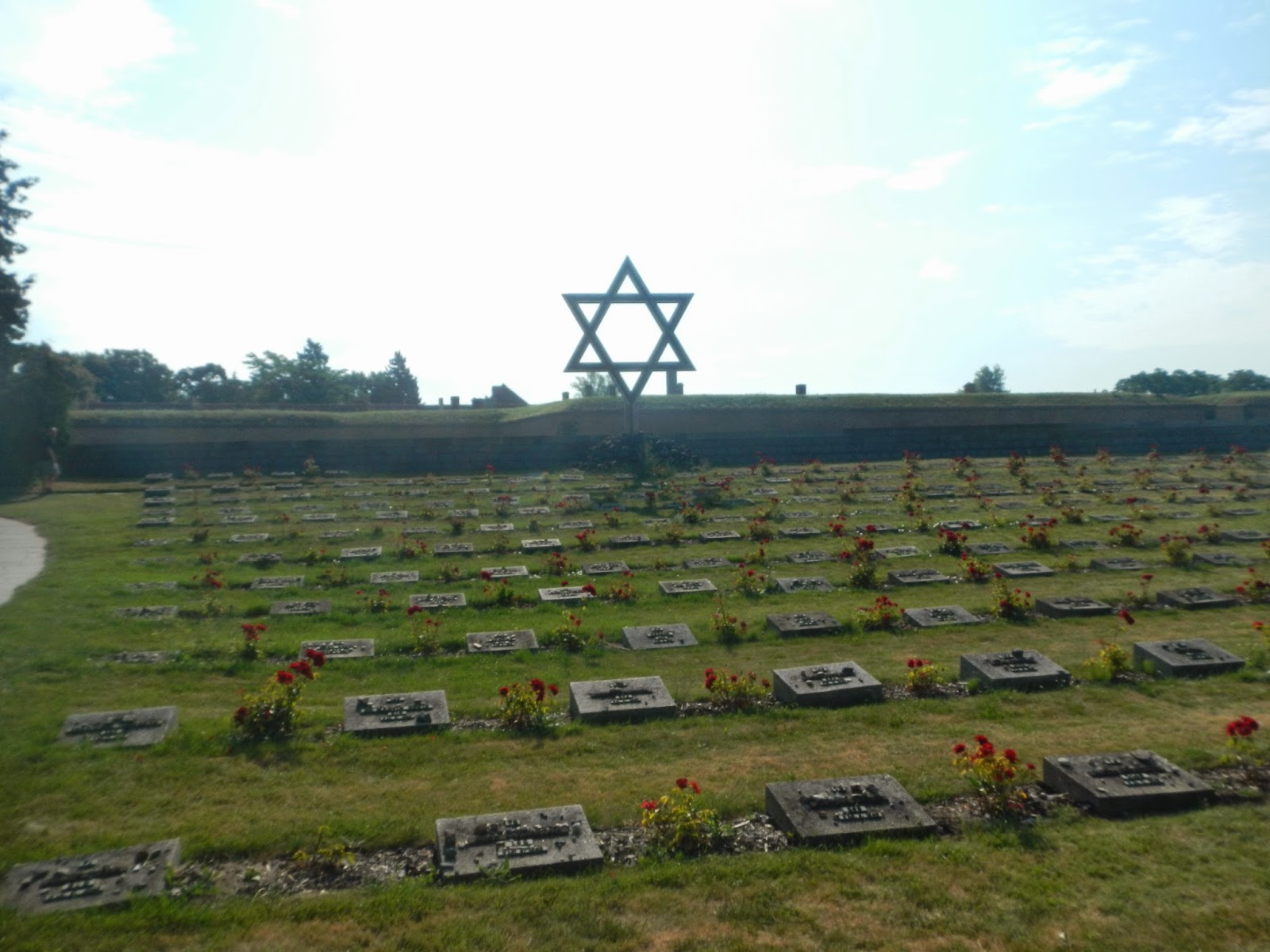 The Danish government is recognized as being one that actually cared about what happened to its Jews.  Once the visit was over and the Red Cross and government gave its "okay", life as hell resumed for the inmates.

In this town, there was a small hidden synagogue.  The SS weren't worried about its establishment.  They were concerned that the prisoners would send out pictures, art, and secret messages depicting the true nature of this place.  Written on the walls in Hebrew are the following inscriptions:

"May our eyes behold Your return to Zion in compassion."

"We beg You, turn your back from Your anger and have mercy on the treasured nation that You have chosen."

"But despite all this, we have not forgotten Your Name.  We beg You not to forget us."

"If I forget you, O Jerusalem, let my right hand forget its skill."

"Know before whom you stand." 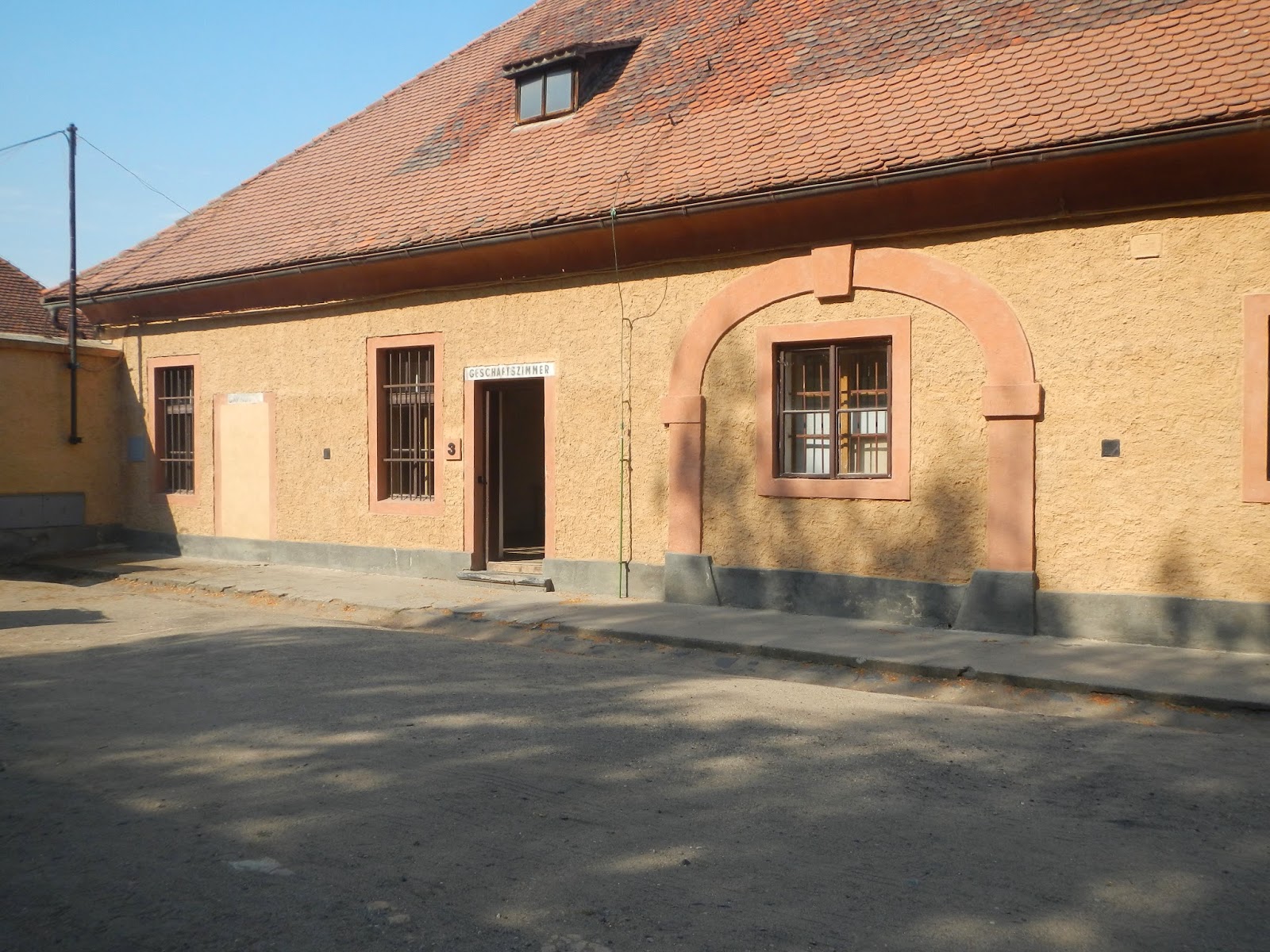 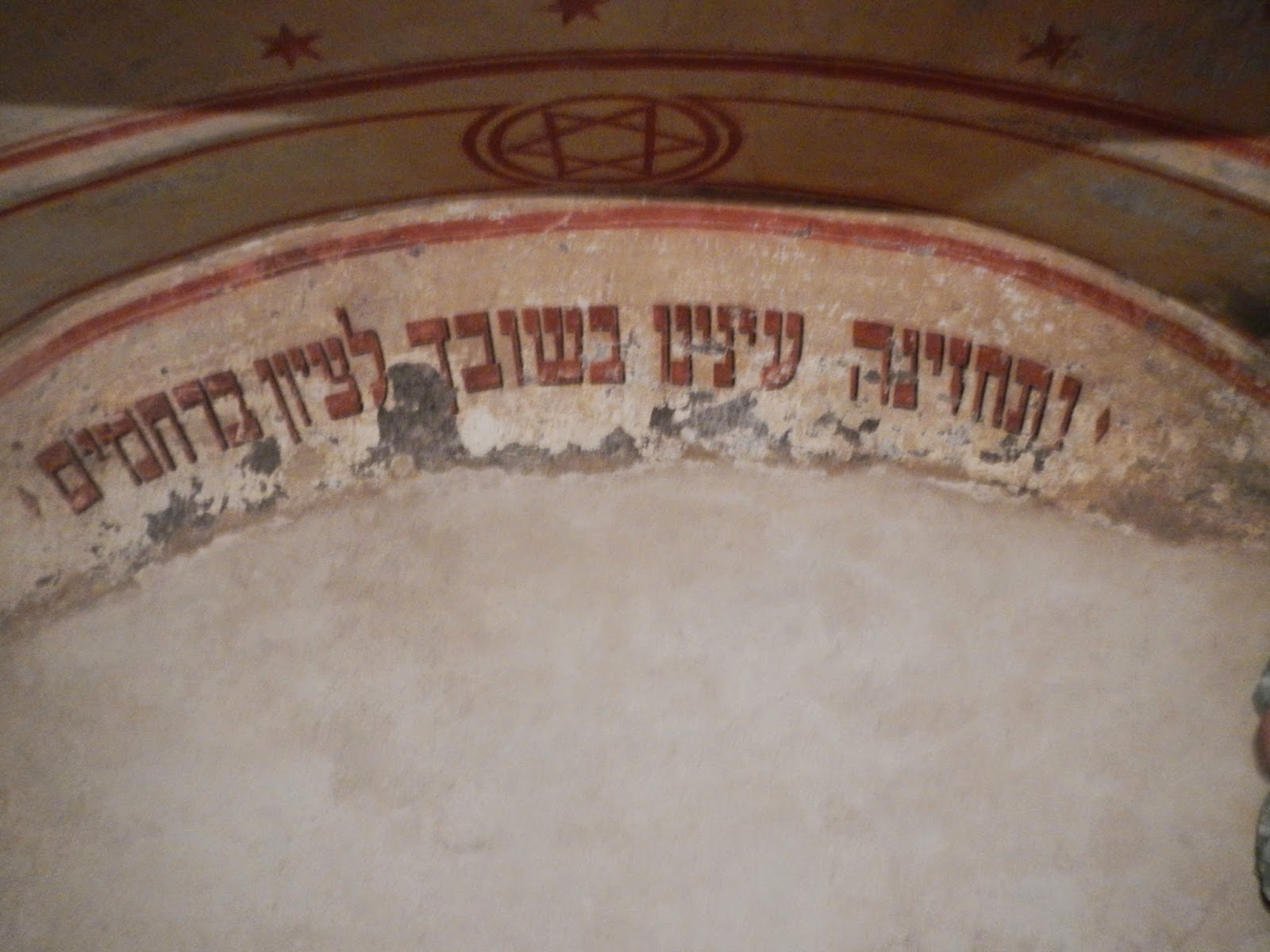 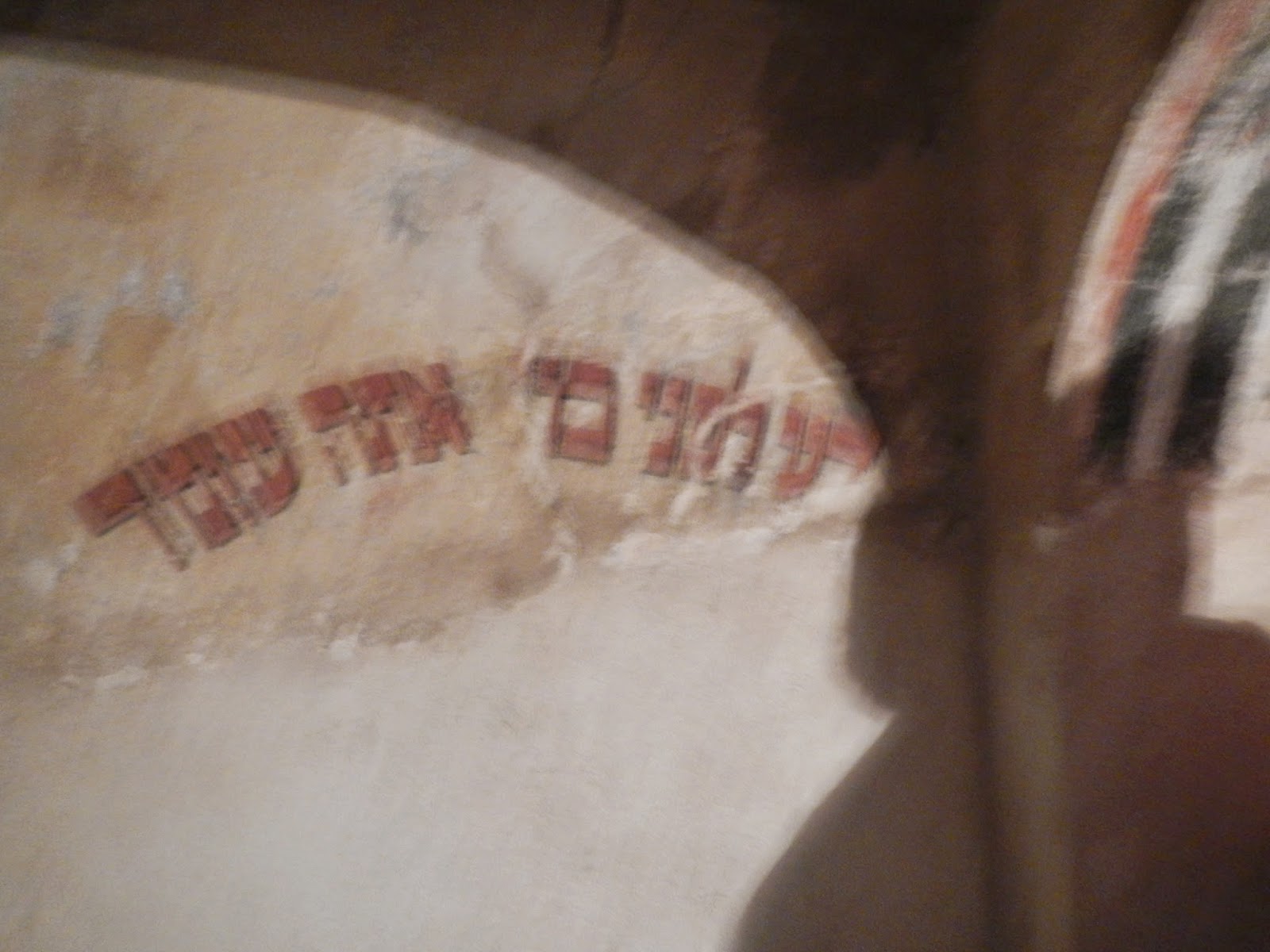 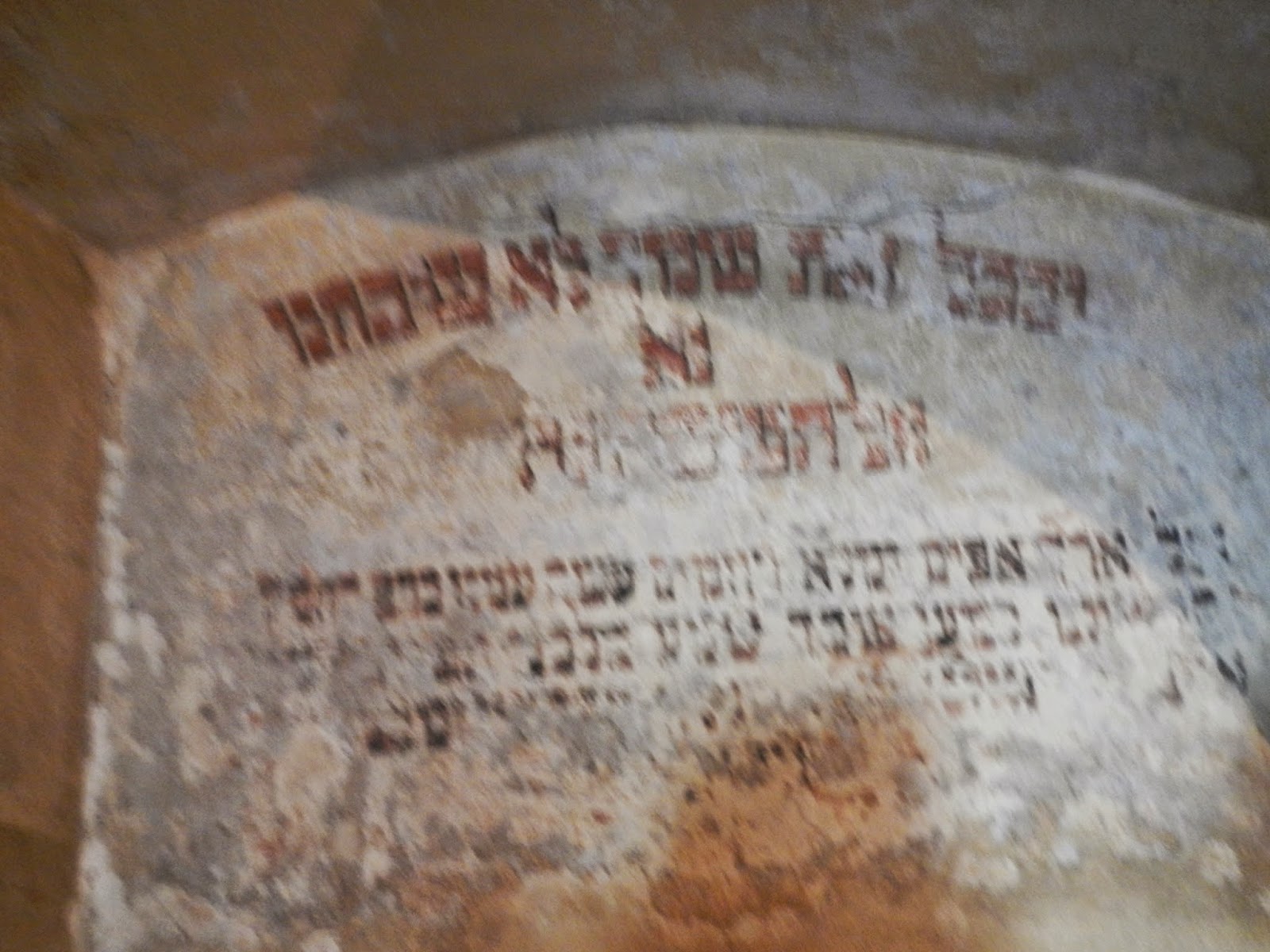 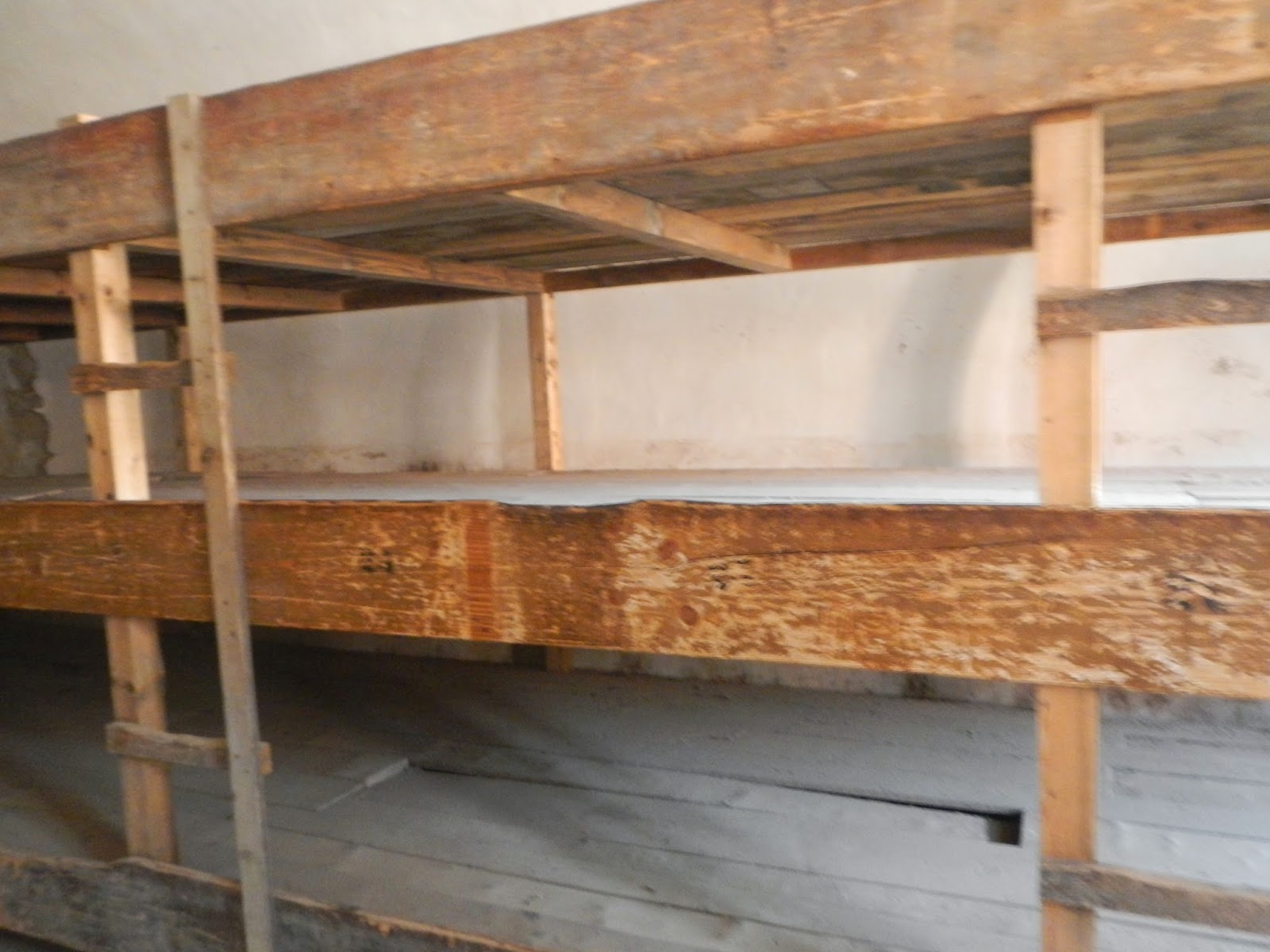 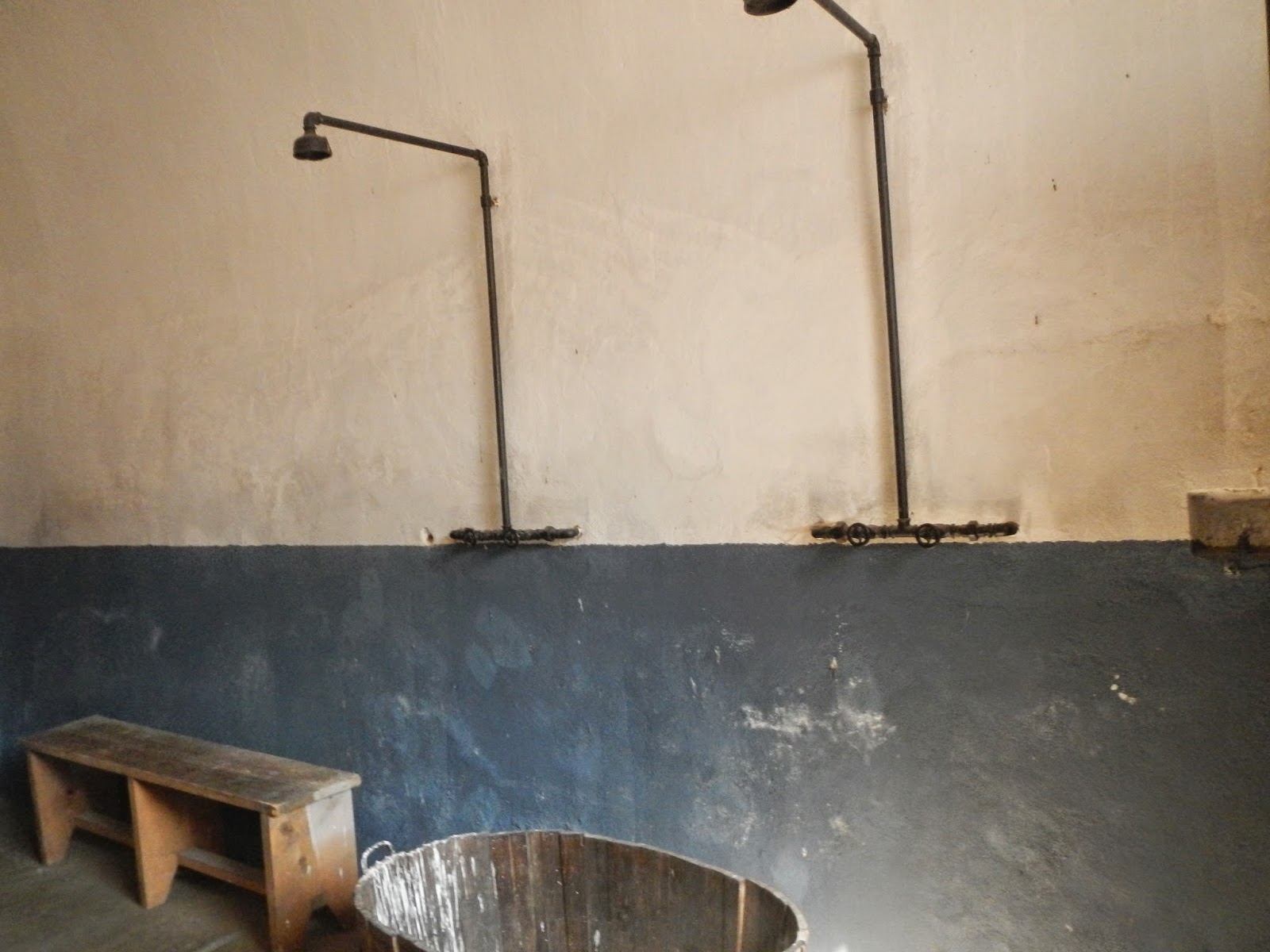 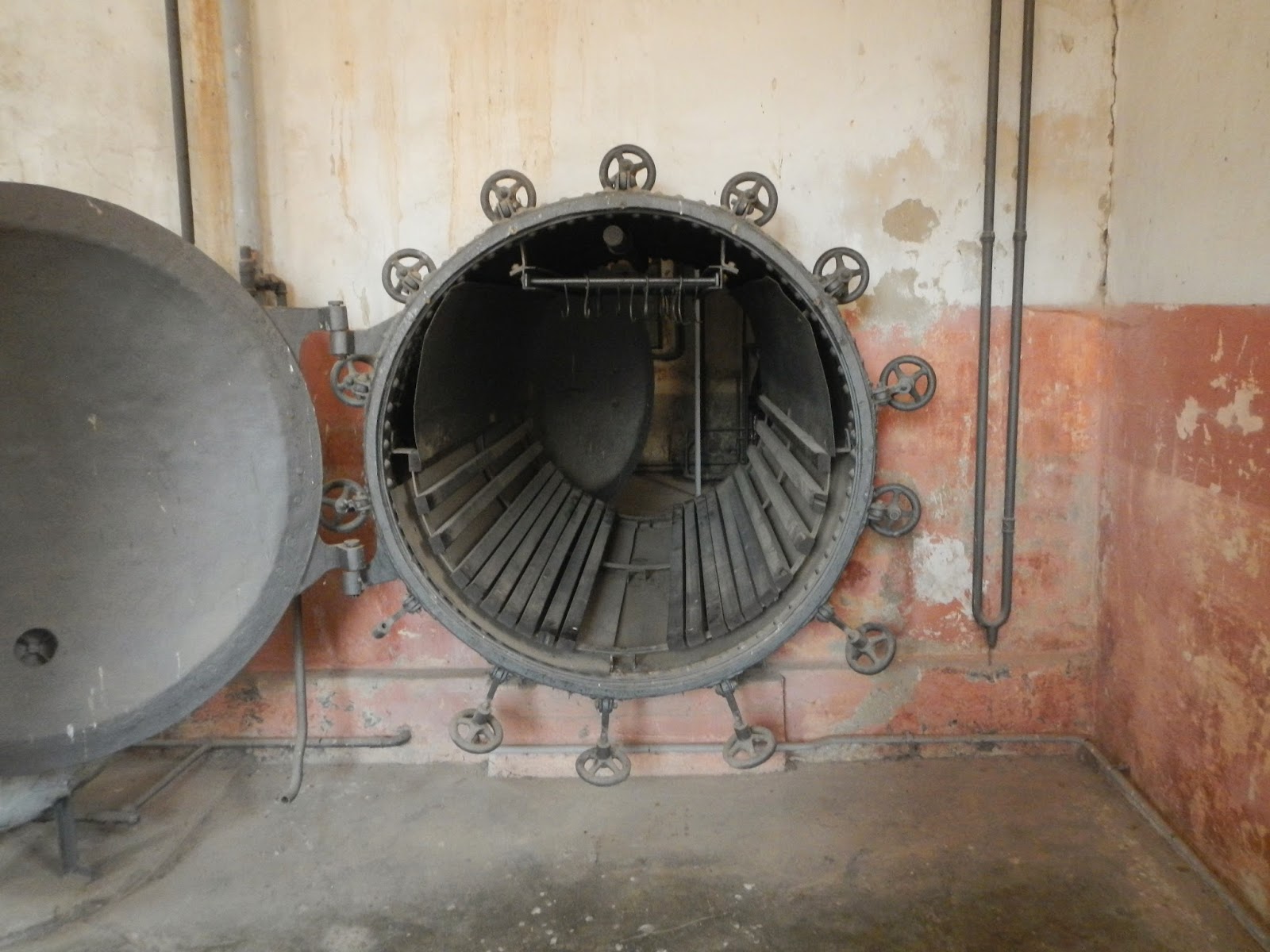 These machines were used to delouse clothes...not the prisoner outfits.....the clothes the inmates were wearing when they arrived.  The Nazis did not want to catch any diseases from the Jews and other prisoners. 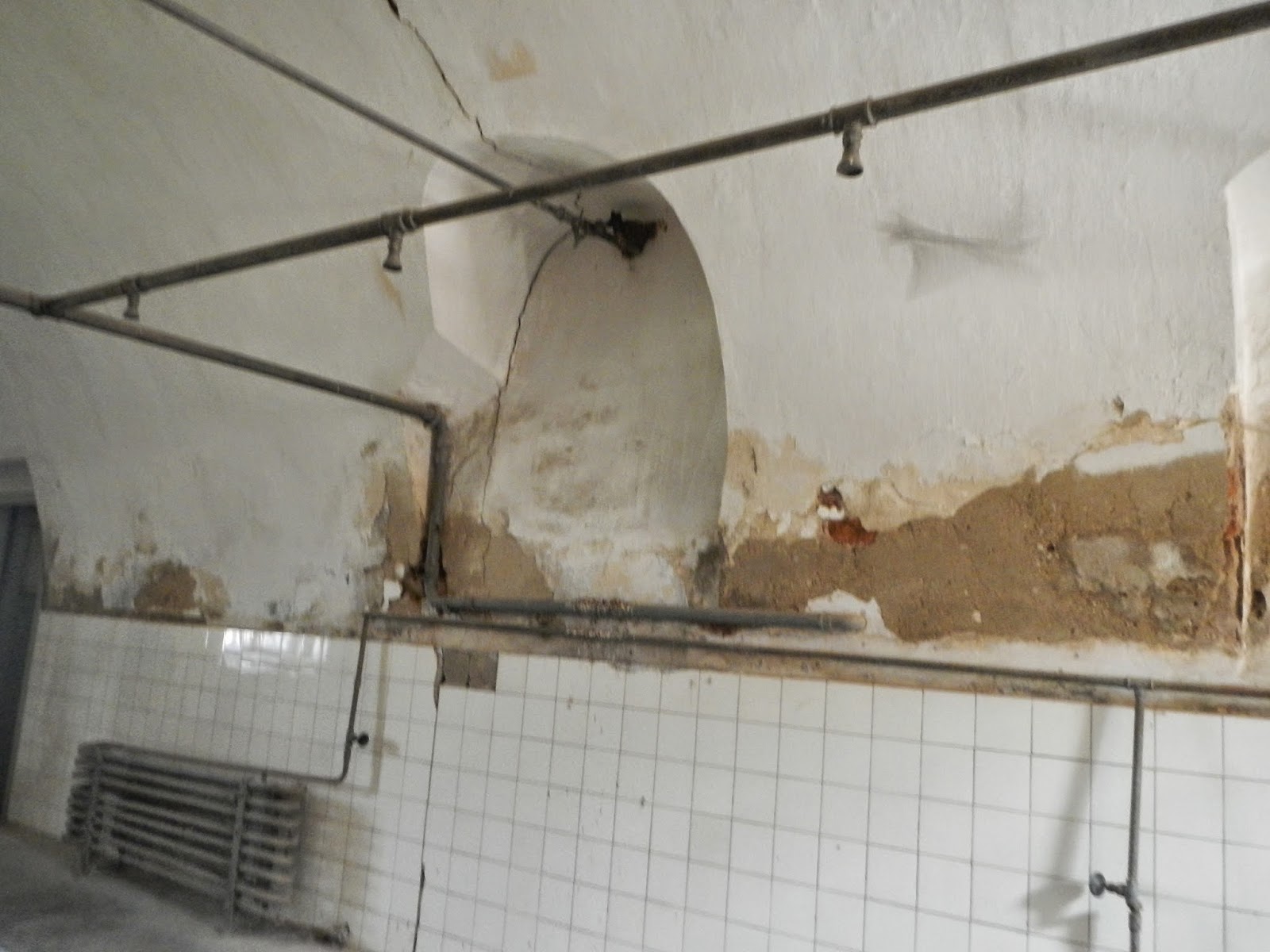 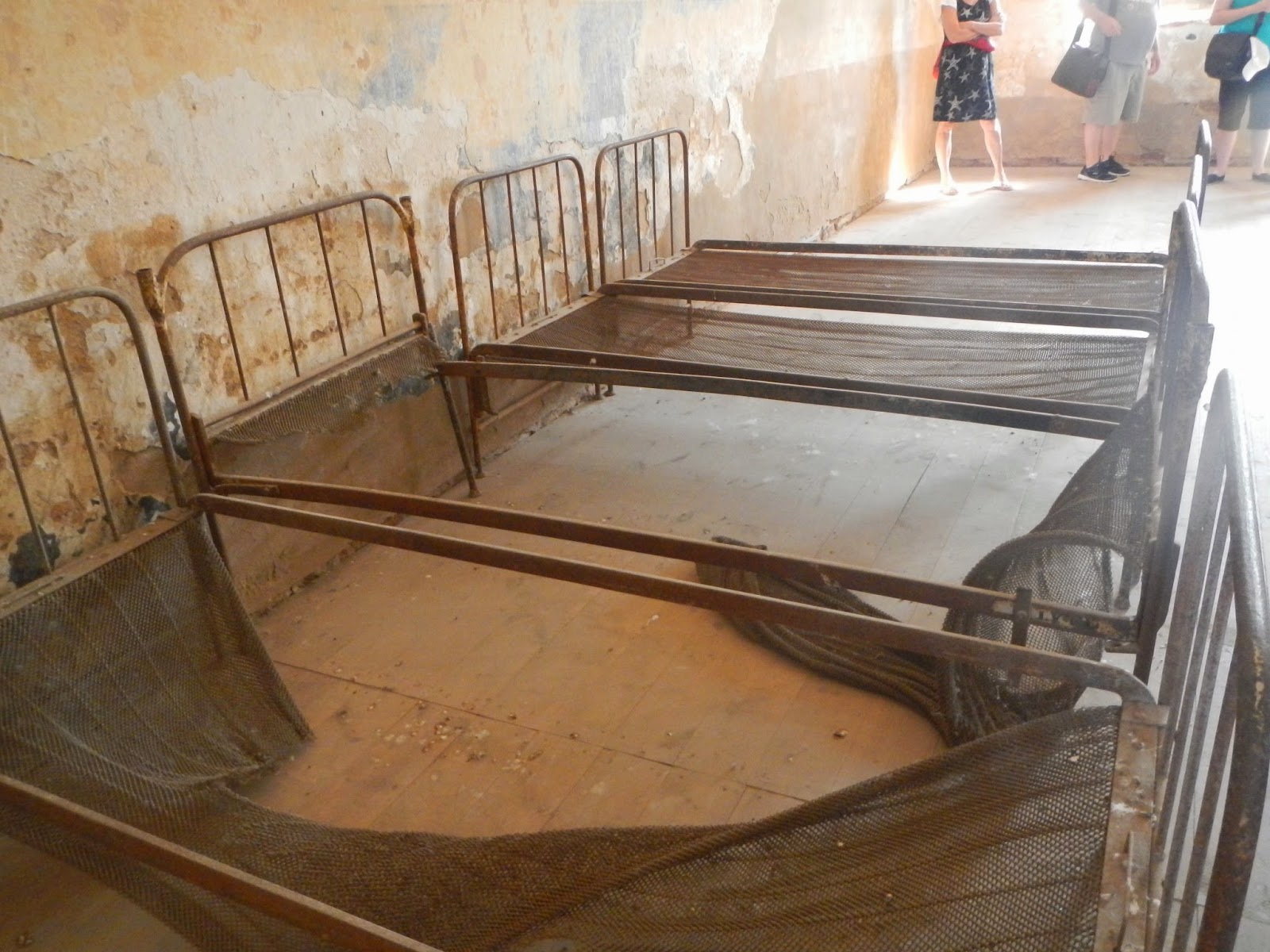 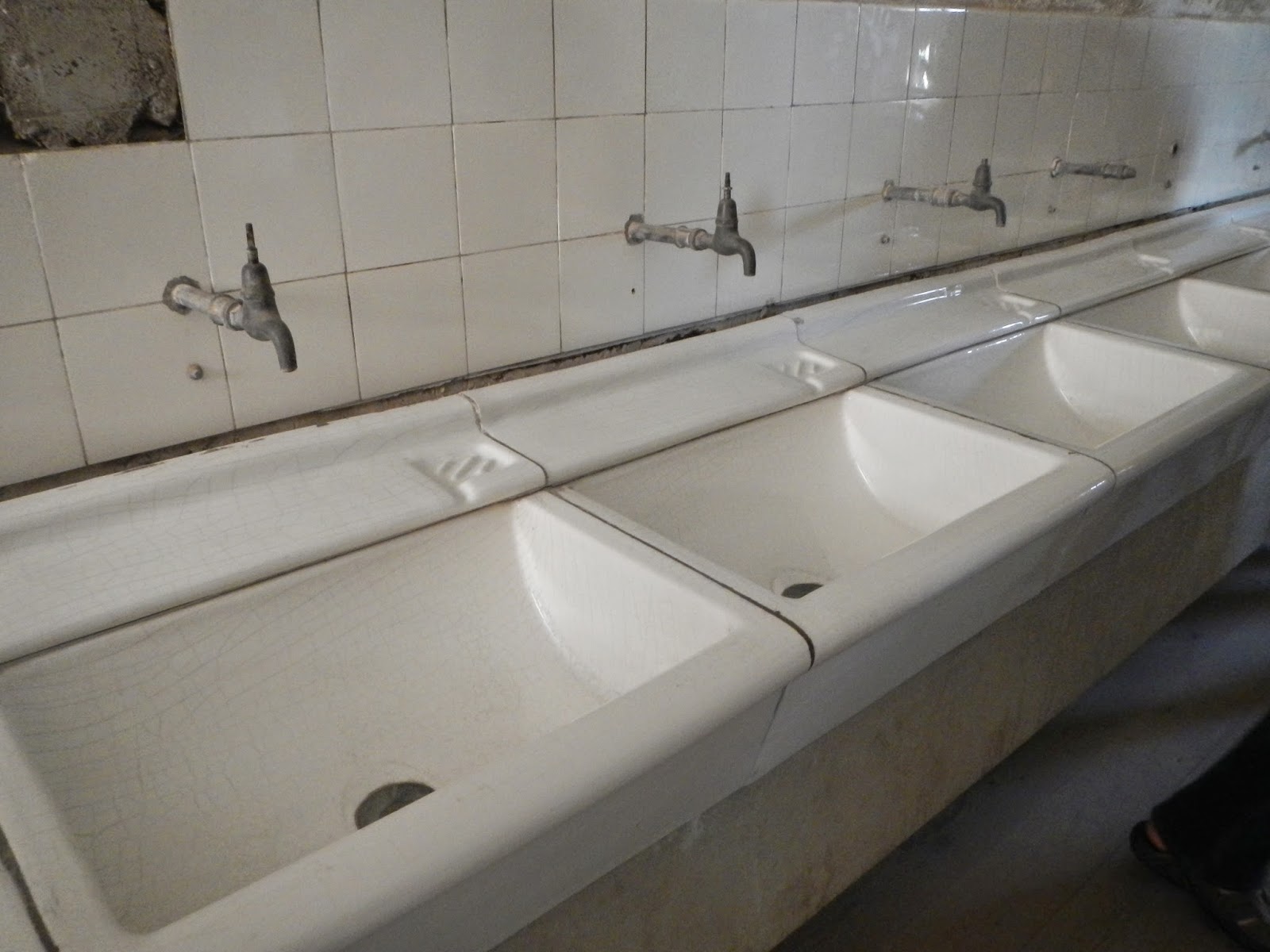 FAKE SINKS that were presented to the Red Cross! 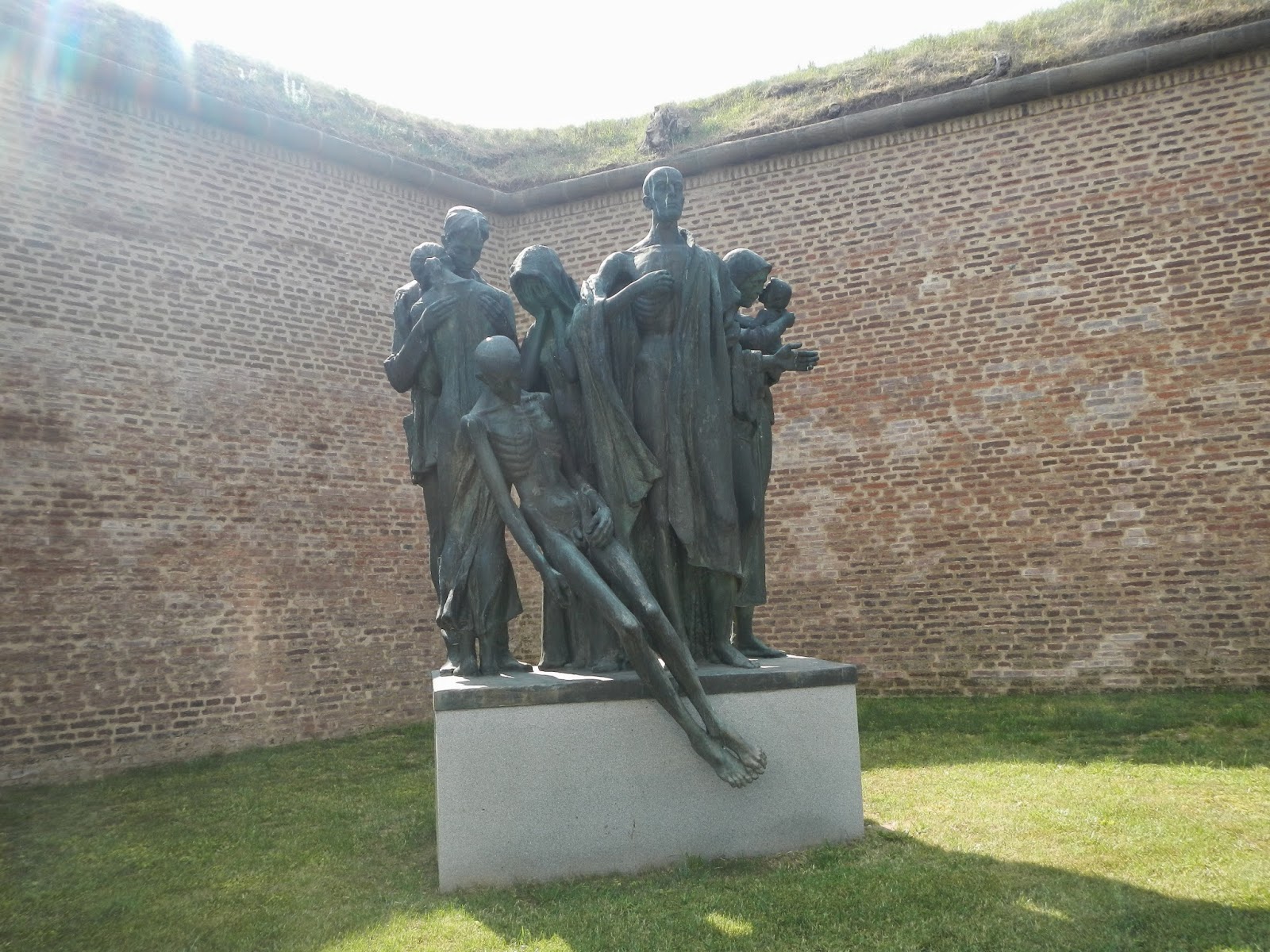 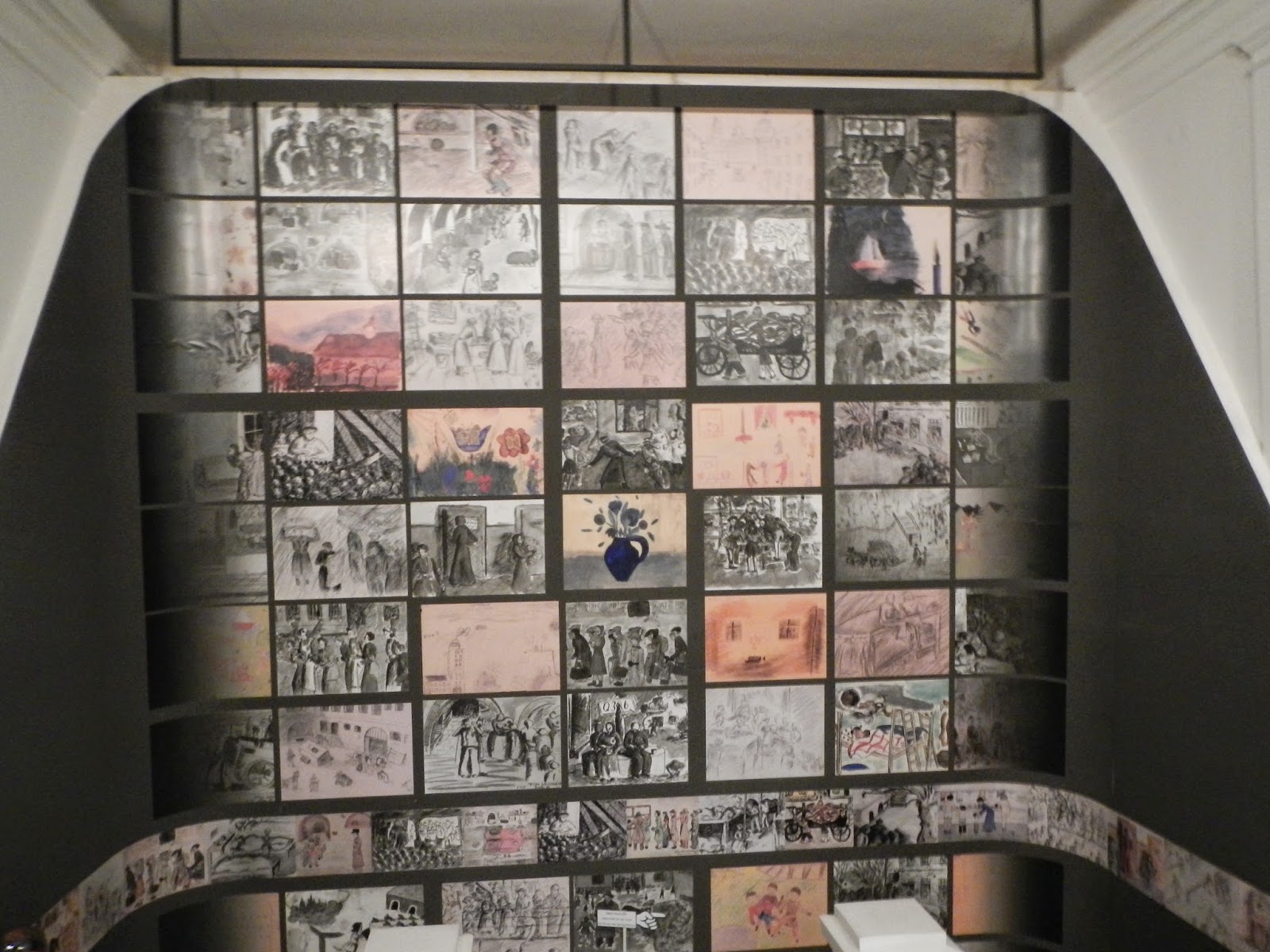 Paintings and Drawings by children